(Toronto, March 5, 2019) - The East-West Ring of Fire Road Coalition (EWRFC) is a new organization at the world’s largest mining conference, the Prospectors and Developers Association of Canada conference (#PDAC2019) advocating for an “East - West road” to access the Ring of Fire.

The EWRFC contends this route will benefit the greatest number of Ontario communities, providing all-season road access, increasing the range of economic opportunities associated with the Ring of Fire - a massive deposit of the mineral chromite, with an estimate value of $60 billion.

The EWRFC was conceived to represent municipalities, First Nation communities and businesses in Northwestern Ontario supporting the construction of a four-season access road into the Far North. Which will build on the current success of First Nation businesses in Sioux Lookout.

The Coalition is seeking government support for a route, which would extend from Hwy’s. 599 & 72 (extending north from the Trans Canada Highway, approx. 250 km west of Thunder Bay) to the Ring of Fire.

Mayor Lawrance concluded. “Over the past two days, I have received enormous support from PDAC attendees from Northern communities, First Nations and much further afield for the Coalition’s goal of securing an East-West road to the Ring of Fire.” 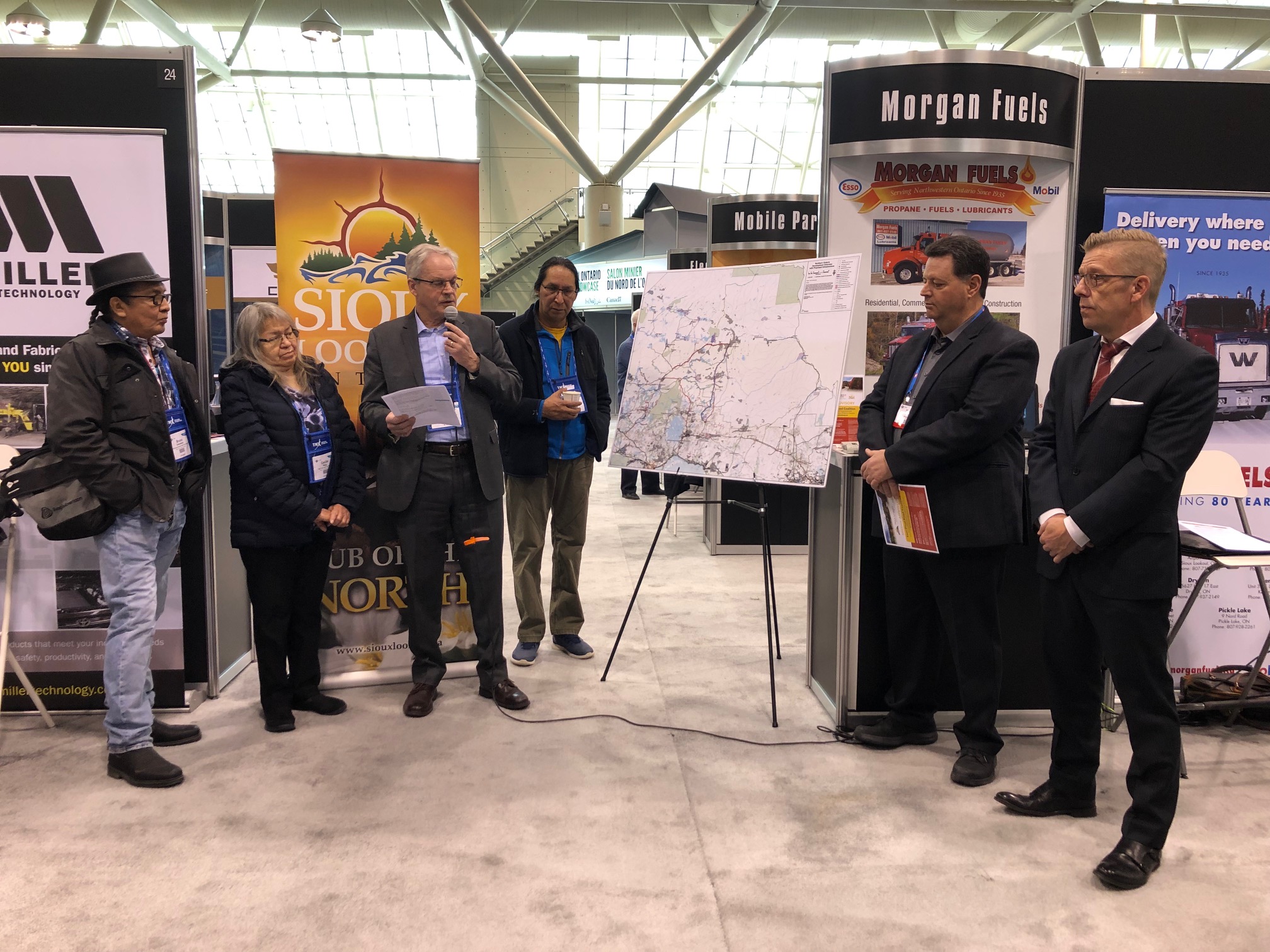 -30-
To schedule an interview, contact: Vicki Blanchard
Economic Development Manager, The Corporation of the Municipality of Sioux Lookout
Cell 807-738-2122 or Office, 807-737-4670  vblanchard@siouxlookout.ca

An electronic version of the map used for illustration purposes at the PDAC media event is available upon request or can be downloaded at this link.